The World Cup Qatar 2022: Canada Are Back

by Salman Ahmad
in Sports
0

Following a 36-year absence from the men’s World Cup tournament, Canada has broken the drought – which dates back to 1986 – with an emphatic performance during their 2021/22 World Cup CONCACAF qualification group stage.

Finally, Canadian soccer fans can refer to their men’s international squad as a legitimate team with the potential to cause damage to other nations. Their rise during the CONCACAF qualification stage finished with a 4-0 dismantling of Jamaica, which guaranteed John Herdman’s team a position at the World Cup Qatar later this year.

Coach Herdman has worked wonders since taking the reigns of Canada’s international team. The Englishman has carefully steered the Canadian rise into a higher ranked FIFA positioning in the previous four years.

After Herdman’s guidance, Canada will now enter their second World Cup in history, and they’ll want to forget the exposing year of 1986 when they lost every game in the World Cup finals.

“The sky’s the limit. I think we’re going just to continue to get better and better, and we’re going t continue to improve,” said Atiba Hutchinson, Canada’s veteran midfielder of over ten years.

“We’re going to be ready to go there at the World Cup and put ourselves really on the map,” he added. “We’ve got a lot of confidence, and we believe that we can do well.”

Canada dominates the CONCACAF qualification stage with 28 points, leaving the most talented squads of the group in the USA and Mexico trailing behind. In 14 fixtures, the Canadians won 8 and topped the scoring tally with 23 scored and only seven conceded goals.

The success behind Canada’s World Cup qualification glory has been influenced by a selection of youthful prospects, most notably Alphonso Davies, Jonathon David, and Buchanan – all of which compete in European domestic leagues.

21-year-old Davies has won the Champions League with German giants Bayern Munich and many domestic trophies. Surprisingly, Canada proved their worth without his presence, as he’s been side-lined since January.

David has bagged 26 domestic goals for Lille and assisted his team in winning the 2020/21 Ligue 1 title, and Buchanan was recently signed to Club Brugge of Belgium.

“We’ve got Davies playing Champions League finals, we’ve got players playing all over Europe, we’ve got kids coming through the system, and we’ve just qualified for a World Cup.

“I told these boys right at the beginning, we’ve got to give this country something to believe in,” Herdman continued. “They lost hope, they lost faith, but we’re a football country now, and they all know it.”

Over the previous five years, Canada has boosted its reputation as a football-rich country. 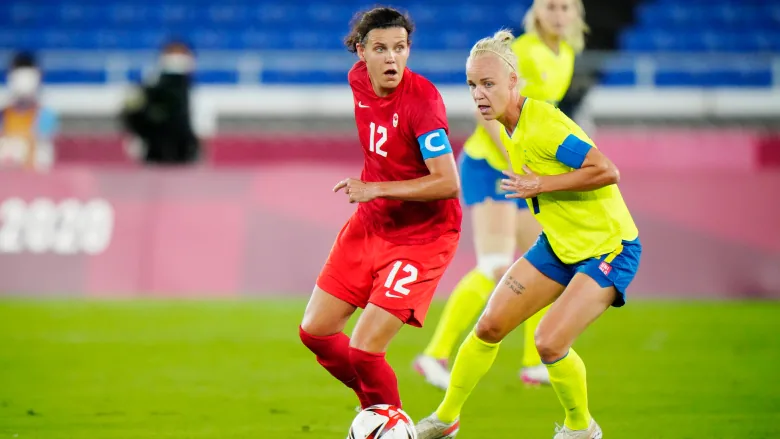 The Canadian women’s soccer team collected the Olympic gold medal in Tokyo, and the nation was selected to host the 2026 men’s World Cup alongside the USA and Mexico.

Canada’s fate was decided when they were drawn into Group F for the Qatar 2022 World Cup group stage. They’ll be faced with Belgium, Croatia, and Morocco.

As Canada has transformed into a footballing nation, the country has also received a recent green light to provide legal sports betting options for the residents of Ontario. With the expertise put on display during the CONCACAF qualifications, Ontario sports betting should receive a big push favouring their international team.

Taking points from Belgium is a big ask in their first match returning to the big stage. However, I wouldn’t hesitate to place a wager on Canada defeating Morroco – a team who’ll undoubtedly struggle to hold the pace with Canada’s youthful starting eleven.

The second game versus Croatia will be crucial; if Canada can collect 1 point and defeat Morocco, the 4 points obtained are usually enough for a team to get into the knockout stage.

For Canada to indeed prove oddsmakers wrong, a major upset during either Belgium or Croatia would be significant. Taking all 3 points from Morocco could be all that’s needed for this Canadian team to shock the world again.

Josh Brolin Reveals A Shocking Fact About Thanos In The MCU

Comma after a City and a State — Punctuation Rules